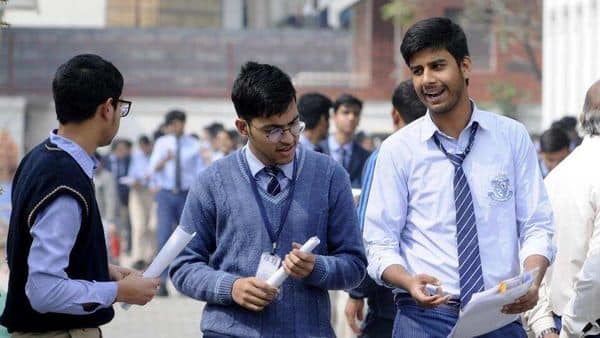 After the cancellation of class 10 and 12 board exams due to the Covid-19 situation in the country, there was much anxiety among students regarding their assessment criteria and results.

The Central Board of Secondary Education (CBSE) earlier last week cleared the air announced the parameters it will use to declare the exam results.

For students dissatisfied with this method, it has also given an opportunity to appear for the exams when the conditions are conducive. “As per policy, marks scored in the later exam will be considered as final,” CBSE had told the Supreme Court.

But questions regarding the exact timeline of physical exams still remained.

Now, Union education minister Ramesh Pokhriyal has given clarification and said that students who are willing to can appear for their exams in August, if the Covid-19 cases continue to show a downward trend.

Interacting with students on Friday, Pokhriyal said that he was constantly receiving a lot of messages and queries. To put an end to all speculations, he shared the message on his official Twitter handle.

The CBSE had also filed an additional affidavit before the SC this week in which it said that the class 12 board exams will be held tentatively between 15 August-15 September.

According to the board, exams will be conducted by the board only in the main subjects “as and when conditions are conducive for holding the examinations”.

It further said that it has incorporated a clause through which the dispute concerning computation of results will be referred to a committee constituted by the board.

CBSE has announced that for class 10, the authorities will include 40% marks from pre-board examinations, 30% marks from half-yearly or mid-term examinations, 20% from an internal assessment carried out by schools and 10% from periodic or unit tests.

For class 12, it has said that about 40% of the marks will be based on the pre-board examinations or unit tests, while class 10 and 11 will each amount to 30% of the marks.

The board will be adopting a 30:30:40 formula to evaluate class 12 students based on the results of class 10, 11 and 12 examinations, respectively.

Further, the marks for practical exams or internal assessment will be on an actual basis, meaning that uploaded by the school on the CBSE website.

Marks from the best three subjects out of five would be considered for both class 10 and class 12 students.

The result for class 12 will be announced by 31 July and that of class 10 will be declared by 20 July.

There's always someone that can replace you: Warne comments on IPL vs international cricket debate - Hindustan Times

There's always someone that can replace you: Warne comments on IPL vs international cricket debate - Hindustan Times