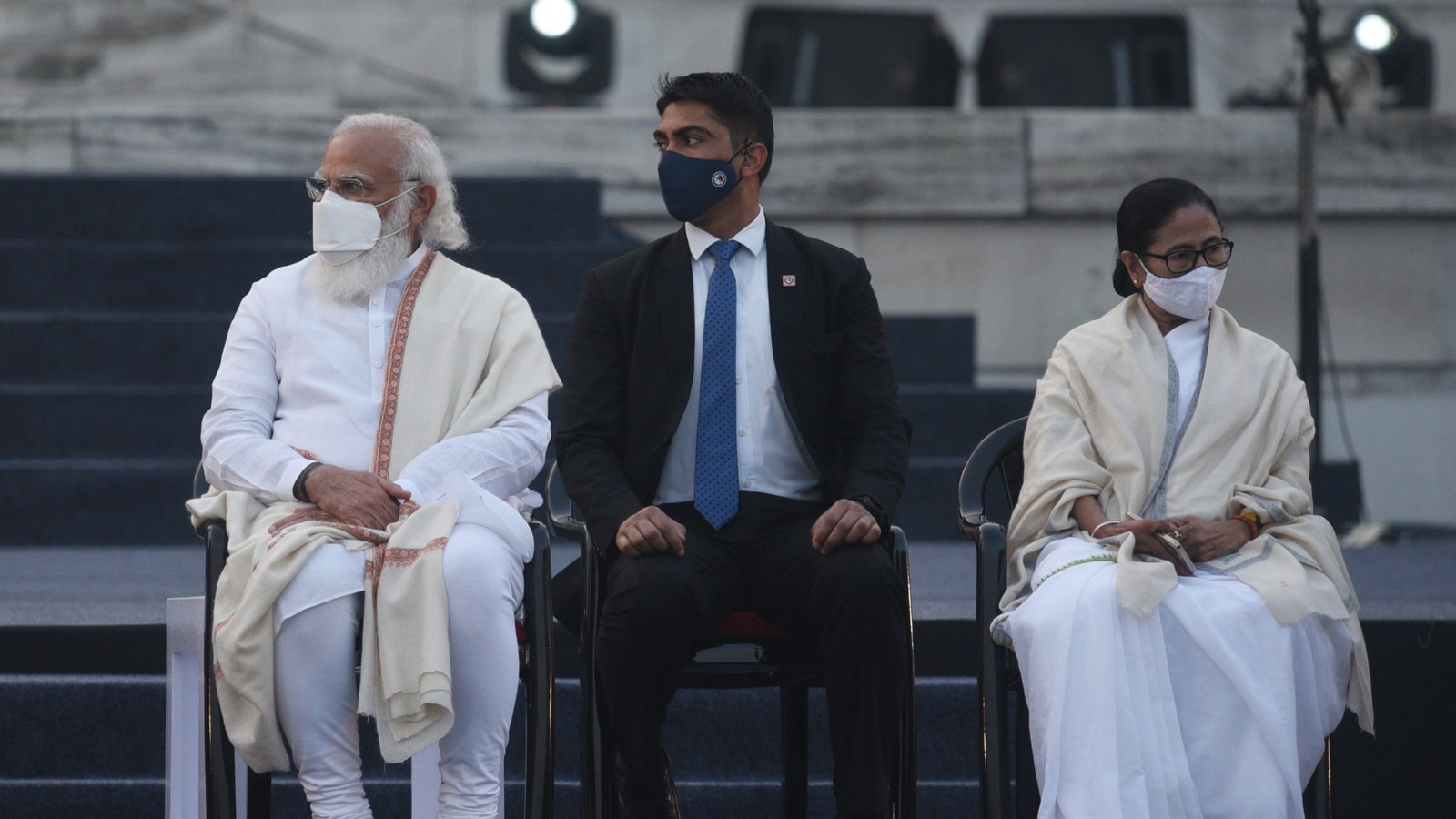 West Bengal chief minister Mamata Banerjee said on Friday she could not attend the review meeting called by Prime Minister Narendra Modi to assess the damage caused by Cyclone Yaas in the state and that she was scheduled to meet with officials in another area of the state.

“The Prime Minister called a meeting. We did not know that I had a meeting scheduled in Digha. I handed him the report asking for ₹20,000 crore for Digha development and ₹10,000 crore for Sundarban development. I told him that state government officials had a meeting with me so I took his permission and left,” Mamata Banerjee was quoted as saying by news agency ANI. West Bengal chief minister also said she will conduct an aerial survey of the state on Saturday.

“After having review meetings in Hingalganj and Sagar, I met the Hon’ble PM in Kalaikunda and apprised him regarding the post-cyclone situation in WB. The disaster report has been handed over for his perusal. I’ve proceeded now to review the relief and restoration work at Digha,” Mamata also tweeted.

News agency ANI reported that the West Bengal chief minister and the state’s chief secretary Alapan Bandyopadhyay were late to the meeting by almost half an hour, citing people familiar with the developments. They also told the news agency that she handed over the reports related to the impact of Cyclone Yaas and left saying that she has other meetings lined up.

Prime Minister Modi also held a review meeting with Odisha chief minister Naveen Patnaik, Union ministers Dharmendra Pradhan and Pratap Sarangi and Odisha governor Ganeshi Lal to assess the damage caused by Yaas. PM Modi also conducted an aerial survey of Balasore and Bhadrak in Odisha and Kalaikunda in West Bengal, areas which suffered the brunt of the cyclone. He announced financial assistance worth ₹1000 crore for immediate relief activities of which ₹500 crore would be immediately given to Odisha and another ₹500 crore for West Bengal and Jharkhand, which will be released on the basis of the damage, according to the Prime Minister’s Office (PMO). The PMO said that inter-ministerial teams will assess damages in Bengal as well as Odisha to assess following which the assistance will be given.

Cyclone Yaas which reached wind speeds 145kmph lashed India’s eastern coast on Wednesday. Three people died due to the cyclone in Odisha and one in West Bengal as Yaas left behind a trail of destruction and forced at least 2.1 million people to be evacuated to safe shelters in West Bengal, Odisha and Jharkhand.