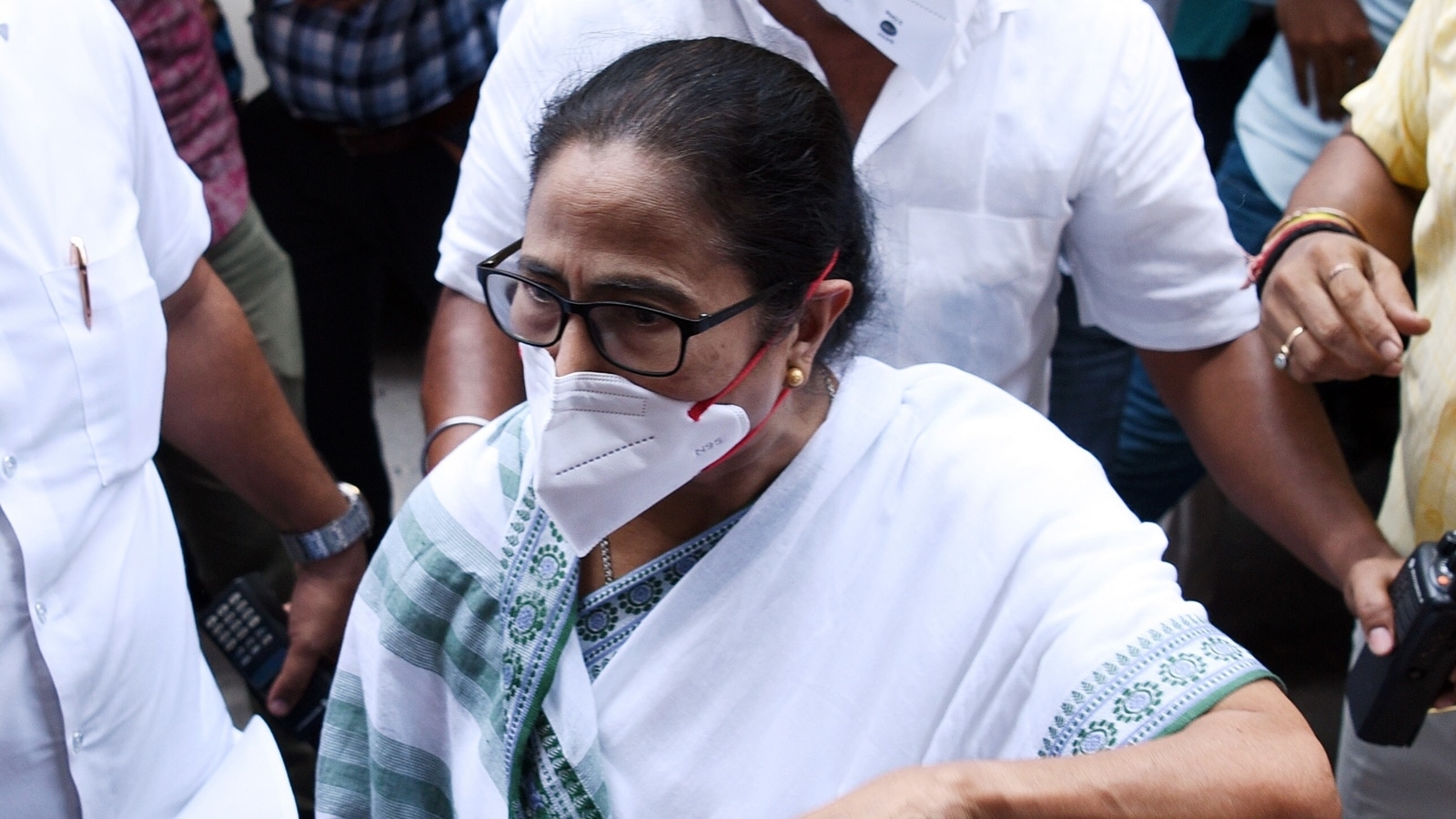 The Central Bureau of Investigation (CBI) on Monday arrested two senior West Bengal ministers, a legislator and a former Kolkata mayor on charges of bribery and corruption, triggering fierce protests by the Trinamool Congress (TMC) and a six-hour agitation by chief minister Mamata Banerjee.

The four leaders were arrested from their residences in the morning and charged under Section 120b of the Indian Penal Code (criminal conspiracy) and sections 7 and 13(1)(a) 13(1)(b) of the Prevention of Corruption Act for charges related to the 2016 Narada sting operation bribery case.

Shortly afterwards, Banerjee rushed to the CBI’s office at Nizam Palace in south Kolkata and left after nearly six hours. “Mamata told CBI officials that she should also be arrested,” said a TMC leader aware of the developments.

The case pertains to a two-year-long sting operation whose videos were uploaded months ahead of the 2016 assembly elections. The sting, conducted by online news portal Narada News, purportedly caught several senior TMC leaders accepting money in exchange for alleged favours to a fictitious company.

“The CBI has today arrested four then (former) ministers, government of West Bengal, in a case related to the Narada sting operation… it was alleged that then public servants were caught on camera while receiving illegal gratification from the sting operator,” CBI spokesperson RC Joshi said in Delhi.

TMC alleged that CBI was acting on orders by the BJP, which recently lost assembly elections in West Bengal to Banerjee’s party. TMC won 213 seats and BJP could only manage 77.

TMC pointed out that two key people shown in the sting — party vice-president Mukul Roy and Bengal leader of Opposition Suvendu Adhikari — had switched to the BJP and weren’t among those arrested on Monday.

“We condemn this. The BJP is not being able to accept the humiliating defeat and hence trying to take revenge. Why isn’t Mukul Roy, vice president of BJP, being arrested? He was also seen in the Narada sting operation,” said Kunal Ghosh, TMC spokesperson.

As Banerjee sat on a dharna inside the CBI office, hundreds of TMC workers gathered outside in protest. Some protestors hurled bricks, shoes and bottles at central forces guarding the CBI office. TMC supporters also blocked roads with burning tyres and burnt effigies of Prime Minister Narendra Modi.

“Law is taking its own course. BJP has nothing to do with this,” said Samik Bhattacharjee, BJP spokesperson.

Assembly speaker Biman Banerjee said that the arrests were illegal and undemocratic as his permission was not taken. “The speaker’s prior permission is necessary to arrest a legislator and before submitting charge sheet. CBI, however, didn’t take any permission. It is illegal and unconstitutional,” said Banerjee.

The federal agency, however, said it sought the permission of West Bengal governor Jagdeep Dhankhar on May 9. The charge sheet against five accused people, for whom prosecution sanction was received, is being submitted, said Joshi. The fifth accused is Indian Police Service (IPS) officer SMH Mirza, who is out on bail.

Banerjee took oath as chief minister for the third time on May 5.

Dhankhar condemned the violence. “Total lawlessness & anarchy. Police and administration in silence mode. Hope you realize repercussions of such lawlessness and failure of constitutional mechanism,” he tweeted.

In the high court, the matter was virtually hear by acting chief justice Rajesh Bindal and justice Arijit Banerjee for nearly an hour after which the bail of the four leaders was stayed. “We were not made a party to the hearing. We have not received the court order. We were kept in the dark. We will plan our next over after going through the order,” said Anindya Raut, advocate and TMC leader.

The Congress and the Left backed Banerjee but Communist Party of India (Marxist) Rajya Sabha MP, senior advocate Bikash Ranjan Bhattacharya, said: “The arrests were not illegal. They have been booked under the Prevention of Corruption Act. While taking cognizance, the court would see whether the crime has anything to do with the work of the assembly or the speaker. If it has nothing to do, then no permission is required.”

Mathew Samuel, chief executive of Narada News, said his fight was against corruption. “It was a long wait. Finally, I got the result…My question is what happened to Suvendu Adhikari? He also received the money from me. It was recorded and handed over to CBI. Justice has to go everywhere in same manner,” said Samuel.

Hakim said the arrests have stalled Covid-19 work in the state, which is under lockdown to arrest surging infections. “My colleagues who bent down to their pressure tactics and joined BJP are spared from the arrest today and harassment by CBI,” he said.

Mitra thanked Banerjee for her support. “Justice will prevail.#khelahobe (game on),” he tweeted.

IPL 2021: If IPL Is Going With 10 Teams Then You Got To Have Five Foreign Players Per Side: Sanjay Manjrekar - News18