The much awaited action flick, Radhe – Your Most Wanted Bhai, finally released on Eid, in cinemas as well on the pay-per-view platform, ZeePlex. A section of trade and industry felt that it was suicidal to release such a big film on digital. They feared that audiences would not be willing to shell out Rs. 249 for a single movie. However, on the first day of its release, Zee’s servers crashed as hordes of people excitedly logged on to check out the film. Ultimately, it fetched 4.2 million views on Day 1, shocking the pessimists and leading to a wave of cheer for its investors. Radhe – Your Most Wanted Bhai was also made available on various DTH platforms and as per an industry insider, it got 9.9 million plus views over the 4-day weekend across platforms. 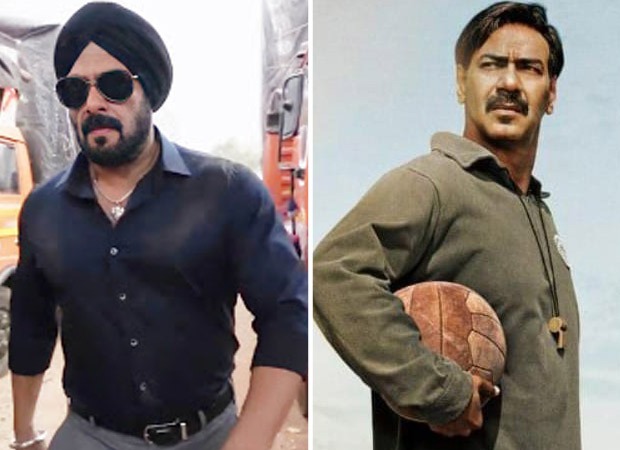 Now it has come to light that, buoyed by Radhe – Your Most Wanted Bhai’s digital success, Zee Studios has begun talks with makers of other exciting films waiting for release. A source informed Bollywood Hungama, “The industry has now realized that if a film stars a big name, then a simultaneous release in cinemas and on a platform like ZeePlex can be an interesting proposition. Hence, Zee’s top honchos wasted no time and have already approached around 4-5 highly awaited biggies. The makers are in talks with Zee and this shows how widely ZeePlex has got acceptance.” The source, however, refused to divulge the names of these films.

An industry insider, however, informed Bollywood Hungama, “It is quite possible that makers of Sooryavanshi and ‘83 are in talks. Both these films have been delayed by more than a year. Also, Antim: The Final Truth reportedly will take the hybrid release route. Meanwhile, Maidaan is a film of Zee Studios and it will be in contention. Apart from these, a couple of big-budgeted South films might also be interested.”

Maidaan is a period sports film based on a real-life tournament. It stars Ajay Devgn in the lead and is directed by Amit Sharma. As for Antim: The Final Truth, just like Radhe – Your Most Wanted Bhai, it is produced by Salman Khan Films. It features Aayush Sharma in the lead with Salman Khan in a dynamic supporting role. Directed by Mahesh Manjrekar, it is the 2018 remake of the Marathi film, Mulshi Pattern.