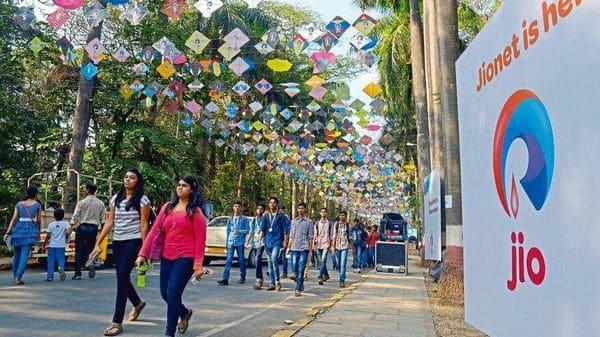 RIL then had three businesses—the flagship refining and petrochemicals business, a flourishing oil exploration and production business, and a fledgling retail business.

What Ambani did not articulate in 2011 was how the company would be moving away from oil exploration and production to make way for telecom, the third cog in RIL’s wheel now.

“In every evolution of the Indian economy, we see seeds of big opportunities for value creation for our shareholders and wealth creation for the nation. This is how Reliance decided to participate in India’s consumer and rural transformation through organized retailing initiative,” Ambani had said on 3 June 2011, while announcing RIL’s foray into broadband wireless, two years ahead of announcing the company’s foray into telecom.

The Street reacted negatively with RIL’s stock closing at ₹936.15, down 2.7% post the announcement. With refining and petrochemicals being the staple for revenues, RIL’s focus on new businesses made the Street cautious.

“We did not understand why RIL, which was identified by its petrochemicals and oil and gas business, would want to move away from them. Though it has been investing in new businesses every five-six years, we did not realize that exploration and production will take a backseat,” said an analyst with a domestic brokerage who has been tracking RIL for more than a decade.

However, retail and telecom, together known as its consumer businesses, are now the focus for most people tracking the stock. Over the past five years, RIL has invested ₹5.4 trillion in expanding its refining and petrochemicals (now oil to chemicals), telecom and retail businesses. All three core businesses, O2C, retail and digital services, have become self-sustaining and cash-generating, with retail and digital growing strongly, said analysts.

In a year marked by the pandemic, the consumer businesses cushioned the impact on the overall business, providing the much-needed capital raise and deleveraging for the group. The consumer businesses now account for 35% of RIL’s consolidated segment earnings before interest, tax, depreciation and amortization (Ebitda). RIL plans to take it to 50% between petrochemicals and consumer businesses in the next couple of years.

“RIL’s fossil fuels business struggled with a 37% decline in Ebitda in FY21. However, the retail business, partially supported by the online retail and digital businesses, came in much stronger, arresting the decline to just 9% on a consolidated basis to ₹807 billion. RIL raised ₹2.6 trillion in capital through an asset monetization and a rights issue,” Motilal Oswal said in a 21 June report.

Despite covid, Reliance Jio’s revenue and Ebitda grew 29% and 43% in FY21, led by a strong 38 million subscriber addition and 6% improvement in average revenue per user. Jio has seen exponential data growth in the past year with the company turning free cash flow-positive, led by improving Ebitda and reducing capex intensity.

RIL’s retail business operated through Reliance Retail Ventures Ltd (RRVL) saw its Ebitda grow by 12% during the year, while the core Ebitda is estimated to have seen a 21% decline because of the covid impact.

Reliance Retail, which launched its online operations through JioMart last May, also added 1,456 new stores during the year, taking the total store count to 11,784. In 2011, RIL had 1,000 stores.

RRVL’s standalone debt increased to ₹14,700 crore against ₹4,700 crore in FY20 and free cash flow turned negative, but analysts expect a rebound as India comes out of the lockdowns.

The retail business is set to gain from its growth in new store openings, digital commerce and the new JioMart platform.

In RIL’s refining and petrochemicals business, though the impact of covid led to a demand destruction of 9.5 million barrels of oil per day in 2020 leading to weaker margins in refined products, global petrochemicals demand rose, leading to margin expansion.

As the vaccination drive gains momentum in India and across the world, analysts expect a revival in demand for transportation fuels, thus boosting gross refining margins.

From Budapest to Saint Petersburg: Bollywood celebs are on vacation mode and these photos are proof - Times Now

From Budapest to Saint Petersburg: Bollywood celebs are on vacation mode and these photos are proof - Times Now