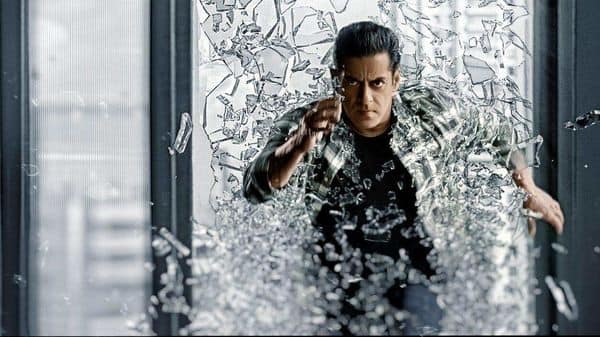 NEW DELHI :
If the business of Salman Khan’s Eid release Radhe is anything to go by, overseas markets are not exactly ready to help Bollywood stage a post-covid comeback. The Prabhu Deva directed action drama collected around $1.3 million within the first two days, with $875,000 of this coming from the Gulf markets, according to trade website Box Office India, which admitted the Eid festivities were helping the film but things could be better.

Understandably, the film does not compare well to Khan’s previous releases, Dabangg 3 and Bharat, both released in 2019, that had earned $4 million and $6.25 million respectively on their opening days. Radhe, however, has released in far fewer screens and markets, owing to covid-19 restrictions but according to trade experts, $2 million could have still been a realistic target for day one alone that has not been met. The film is now looking to achieve the same figure over its four-day weekend.

In the United States, too, the film managed limited draw, making $40,000 on its first day while Australia hovered around $50,000. “These markets were always going to be a struggle for a mass-market south Indian style film which the NRI community does not take to in these places,” Box Office India said in a blog on the opening day numbers. The other major market UK will see a limited release on Monday, expanding to more cinemas by Wednesday but the mainstream escapist fare will again mean limited business, it added. Plus, cinemas there will only begin to restart operations slowly with low awareness among audiences. Moreover, an online release in India means pirated copies of the film getting circulated across the world, taking away from actual returns for the makers.

The response to Radhe in Australia was around 40% of Khan’s previous Eid release Bharat that had collected over $110,000 on its opening day in 2019. This translates into below average response to the film, Box Office India said, considering the Australian market is coping well as far as the covid-19 situation goes. In the Gulf, a major market like Kuwait, which contributes significantly to Eid releases, is still shut.

To be sure, Zee Studios, distributors of the film, are trying to capitalize on its hybrid release model that made it available for Indian audiences on pay-per-view service ZeePlex. The company said Khan’s film had garnered 4.2 million views across online and DTH platforms on its opening day and that unprecedented traffic from fans across the country had brought servers down temporarily on the first day. Radhe is available for a one-time watch for ₹249 on ZeePlex. Existing Zee5 subscribers can also watch the film by paying an extra ₹249. Zee also introduced a special “Radhe Combo Offer”, giving viewers the opportunity to watch the film along with a one-year subscription to ZEE5 for a price of ₹499.

“Through this unique and never-seen-before distribution strategy we could ensure the widest possible ‘opportunity to see’ this high-on-entertainment, quintessential Salman Khan movie at a place and time of audiences’ choice. With unprecedented circumstances comes the responsibility to make innovative choices that will pave the way for future business models and Zee is at the forefront of it,” Shariq Patel, chief business officer, Zee Studios said in a statement.

However, a trade expert who declined to be named explained that 4.2 million views do not actually translate into an equal number of purchases of the film online. Industry standards presume that a family of four or five or even friends could watch the film on one purchase and that actual tickets sold for the film online could be around 1.05 million (one-fourth of it) or 0.84 million (one-fifth). “Overall weekend tickets for the film are unlikely to exceed 3.5 million at best,” the person added.

“Unfortunately, there are no real metrics to evaluate the performance of a film that has released online and one can only rely on things such as IMDb ratings,” film producer, trade and exhibition expert Girish Johar said pointing to the 1.9 rating of Khan’s film that reflects unimpressive word-of-mouth around it.