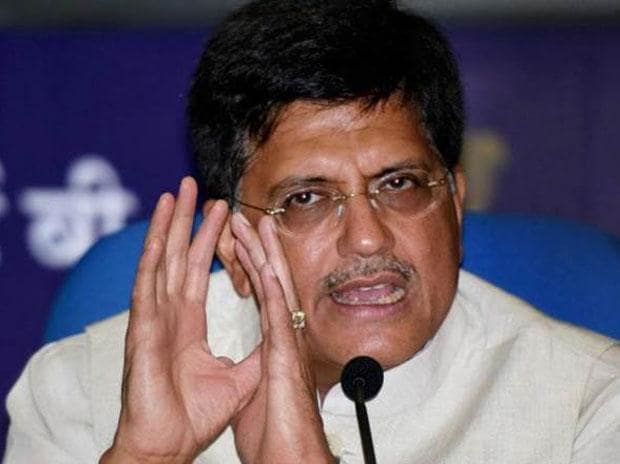 All ecommerce companies should follow the law of the land and do not use muscle or money power to hurt Indian interests as many of these large online firms have come into India and “very” blatantly flouted the laws of the land, in more ways than one, Commerce and Industry Minister Piyush Goyal said on Saturday.

He said that many of the practices which these companies follow are against the interest of consumers and the government has recently come out with draft rules for e-commerce companies or marketplace models, which are applicable to all entities including Indian.

These rules are to protect consumer interest, he said at a webinar.

“The Indian market is big and we welcome all players to come and participate. But clearly we have to have them working within the rules and laws of the country. Unfortunately, many of these large e-commerce companies have come into India and very blatantly flouted the laws of the land, in more ways than one,” the minister said.

“I have had several engagements with these large companies, particularly the American ones, I can see a little bit of arrogance of their being big and their ability to finance large amounts of money in the initial stages to try and capture the Indian market or larger part of the Indian market particularly certain products to the detriment of our mom and pop stores,” he added.

Goyal said that it was “very” unfair that just because they are large and have large pools of low cost capital, they should be allowed to get away with hurting domestic interests or domestic consumer interests.

“So, I think it will be good that all companies follow the law of the land and do not use muscle power or money power to try and hurt Indian interests,” he said.

Recalling one of his comments made on an announcement of an ecommerce giant investing USD 1 billion in India, Goyal said that the company was doing that funding because they had incurred losses in the previous two years.

In January 2020, the minister stated that Jeff Bezos’s firm Amazon was not doing a favour to the country by doing investments and questioned how the online retailing major could incur such big losses but for its predatory pricing.

They have to invest it because the company used that money to do predatory pricing, to probably subsidise some products and capture a larger share of the market to the detriment of small mom and pop stores, he said.

“…and when questions about it keep fobbing off, they keep delaying giving the information and when people complain to CCI (Competition Commission of India) , they immediately start forum shopping in the law courts of India.

“If these companies have nothing to hide and if they are doing honest business practices, why do they not respond to CCI?” he questioned.

“So very clearly, their irregular practices are the cause of their discomfort, if any, they should have submitted to the requirements of the Indian law,” Goyal said.

He also said that several countries like the US are working on anti-trust laws for e-commerce and the UK’s competition and market authority has opened investigations into big tech mainly US forms, “now clearly the world is waking up to the realities of these large tech and big ecommerce companies”.

“We in India have about 60 million mom and pop stores spread across the country…Today it may not look threatening. One can say how these companies would impact the villages, how will they reach out everywhere, but the strength of money power, technology and their ability to sustain for long period of time, does pose risks to nearly 100 million people who are engaged in one form or the other through the small retail stores across the country,” the minister said.

When these large companies talk about providing a million jobs or giving support to maybe 100,000 Indian small manufacturers, “I think very conveniently (they) forget to also say what will be the job losses because of their influence,” he said.

A Graceful Place Where Bhangra and Bollywood Meet - Moneycontrol