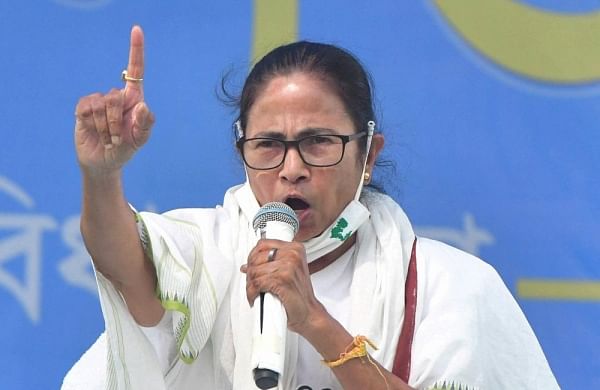 KOLKATA: For the third consecutive day since the start of her third term on Wednesday, West Bengal Chief Minister Mamata Banerjee on Friday wrote to the Prime Minister seeking the allocation of more medical oxygen for the state. In her letter, the TMC supremo alleged that the Centre has increased allocation of medical oxygen to other states from the total production in West Bengal in the past 10 days, but kept the allocation for the state constant at a level which is much less than the requirement.

Mamata’s non-stop letter-bomb targeting the BJP-led Centre is said to be part of her efforts to counter the saffron camp’s attack on the ruling TMC government over the post-election violence in West Bengal. Alleging that the Centre is not paying any heed to the state’s request, the Bengal CM wrote, “Instead of allocating oxygen as per the requirement of West Bengal, Government of India has increased allocation of oxygen to other states, from the total production in West Bengal, during the last 10 days from 230 MT to 360 MT, keeping the allocation for West Bengal constant at 308 MT per day despite its requirement being of 550 MT per day.’’

Replying to Mamata, Union Health Minister Harsh Vardhan on Friday wrote saying that Centre stands ready to provide all support to the state in order to help it effectively fight the pandemic. He however also urged Banerjee, who also holds the health portfolio in the state, to ramp up testing, especially in districts that have reported more than 40% test positivity rate. On oxygen, Vardhan wrote that as many as five Pressure Swing Adsorption (PSA) plants have been sanctioned for the state, out of which, two have already been made functional. “Similarly, 849 D-Type and 1504 B-Type oxygen cylinders have been allocated to West Bengal. Out of this, 700 will be delivered on or before May 21.”

Two, including BJP worker, arrested
The West Bengal CID arrested two youth, including a member of BJP’s students’ wing ABVP, on Friday on the charges of circulating fake videos related to post-poll violence on social media.  Argha Saha, an ABVP member was arrested from his residence in Sonarpur, South 24 Parganas

IPL 2021: Players continue flying out from India - The Indian Express