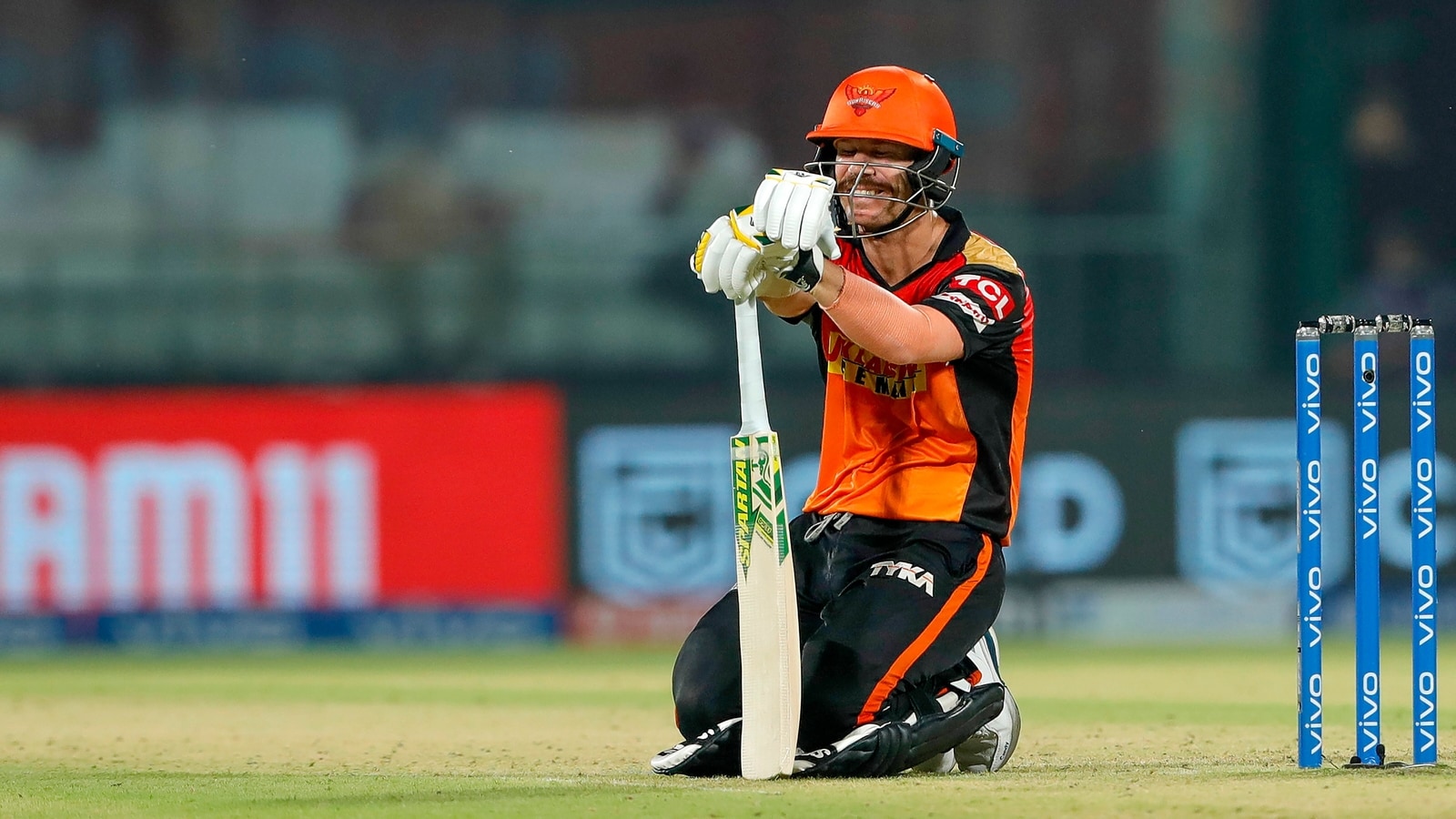 Sunrisers Hyderabad captain David Warner, who was removed as Sunrisers Hyderabad captain on Saturday, was also dropped from the SRH Playing XI in their Indian Premier League 2021 contest against Rajasthan Royals on Sunday. Kane Williamson, who was named as SRH new captain, announced three changes in the playing XI, with fast bowler Bhuvneshwar Kumar also making his way into the team.

“We are going to have a bowl. After a few conversations with guys who have played here, we think it should be a consistent surface. Three changes: Nabi, Bhuvi, and Samad are back. Warner, Suchit, and Kaul miss out on this one,” Kane Williamson said at the toss after electing to bowl.

“We know that as a group we need to come together and build on the positive parts. It has been difficult, but we need to pull together now,” Williamson said.

“This captaincy change is very sudden, so I just need to pick up and make the small adjustments which hopefully will reflect on the result,” he added.

“The goal for the last half of the campaign is to improve our performances. There are many areas we need to improve, wickets in the powerplay is one. We have to do our best with our resources and it’s important we adjust to the conditions,” he further said.

Meanwhile, Rajasthan Royals captain Sanju Samson also announced two major changes to the team with Jaydev Unadkat and Shivam Dube sitting out, and Anuj Rawat and Kartik Tyagi coming in to the team.

“The last match we played here was a noon game as well and it’s good to set a strong total. You ony look for a good start in the powerplay and build up from there,” Samson said at the toss.

“Two changes: Unadkat is resting and Tyagi comes in. Anuj Rawat is making his debut in place of Shivam Dube. We just want to keep it simple and express ourselves, see the ball and react accordingly,” he added.