by prime one
in Health
0 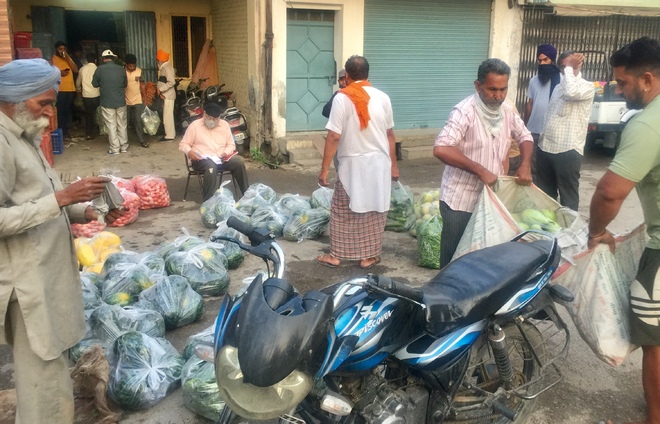 Our Correspondent
Mandi Ahmedgarh, May 15

With prices of green vegetables and fruits looking up, these are getting out of common man’s reach. Wide gap between wholesale and retail prices has further stressed producers and consumers economically. Non-perishable vegetables, including onion and potato, are no exception to the trend.

However, residents heaved a sigh of relief as the administration had started issuing a retail price list of commonly purchased vegetables and fruits, with instructions for vendors not to sell above recommended rates.

Uncertain and irregular arrival of fresh vegetables and fruits, fluctuating weather conditions and lesser number of vendors are cited as major factors behind uncertainty of rates in the regional market falling under Ludhiana and Sangrur districts.

Wholesale dealers said it was apprehended that vegetable prices would increase further as the weather forecast predicted intermittent rains during the following days.

As retailers and vendors are quick to hike vegetable and fruit rates, the impact of this increase is more visible.

Jassa Goyal, a vegetable agent of Mandi Ahmedgarh, said prices of almost all vegetables had increased considerably during past few weeks, both in wholesale and retail markets. He wondered that zuchhini (tori), which once was available free for the poor, was selling at Rs40 to Rs50 in the market. Prices of ‘tinda’ and ladyfinger are also fluctuating around Rs40. Mushroom, which is sold by producers at Rs100 per kg, is available at double the wholesale price. Broccoli is available with select vendors on condition of advance payment.

Fruits are also beyond reach of the common man as their price fluctuates at hourly intervals. Imported apple is selling between Rs250 and Rs300 per kg. Delayed arrival due to interrupted movement of transport vehicles is normally cited as the reason behind high fruit prices. Quality grapes and pomegranate is available at Rs150 per kg.

Perusal of records revealed that the District Magistrate’s office in Ludhiana had started issuing daily price lists for fruits and vegetables. Residents have been asked not to buy above rates mentioned in these lists.

The District Magistrate announced that action would be taken against retailers and vendors selling fruits and vegetables above enlisted prices.