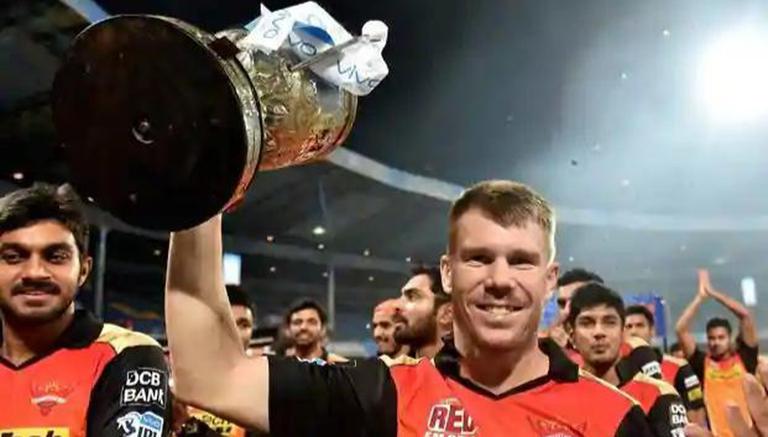 On this day in 2016, David Warner-led Sunrisers Hyderabad (SRH) won its maiden Indian Premier League (IPL) title. The Men in Orange defeated Indian skipper Virat Kohli’s Royal Challengers Bangalore (RCB) in the final of the tournament, which was played at M Chinnaswamy stadium in Bengaluru. Both teams fought hard in the ultimate game of IPL 2016 to win the title, however, SRH got better of its southern neighbour towards the end of the second innings and managed to win its maiden trophy.

Warner led SRH from the front

David Warner won the toss and elected to bat first in Bengaluru. The Australian batting powerhouse led the team from the front as he scored an impressive 69 runs off just 38 deliveries. Warner’s opening partner Shikhar Dhawan also got some runs at the top as he hit 28 off 25 balls. Yuvraj Singh and Ben Cutting contributed 38 and 39 runs respectively before finishing the first innings at 208/7 in 20 overs.

RCB openers Chris Gayle and Virat Kohli put up a sensational partnership in the second innings to give SRH a scare. While Kohli scored 54 off 35 balls, his partner Gayle smashed a whopping 76 runs off just 38 deliveries. RCB was looking in a position to win the match before the team suffered a batting collapse and lost all its wickets on regular intervals after the dismissal of Kohli in the 13th over. Ben Cutting provided the much-needed breakthrough to SRH in the 11th over, where he managed to dismiss Gayle.

Ben Cutting went on to dismiss another key batsman for RCB as he bowled out KL Rahul in the 16th over for just 11 runs. In the end, RCB could score only 200 runs in 20 overs and lost the game by 8 runs. Cutting was adjudged the player of the match for his incredible all-round performance. This was the first IPL title for Sunrisers Hyderabad. SRH went on to play another final in 2018 under the captaincy of Kane Williamson.