Challenge is to provide solutions in a very short time: PM Modi to oxygen manufacturers – Mint 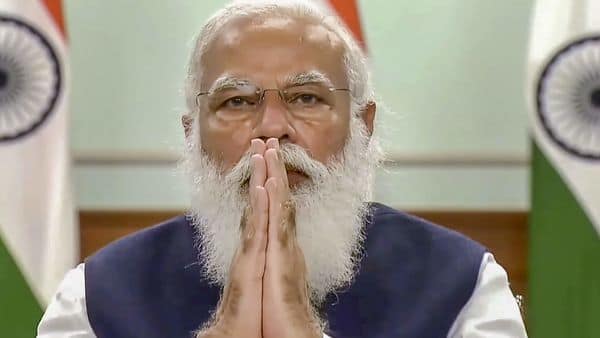 Amid the acute shortage of medical oxygen and oxygen cylinders across the country, Prime Minister Narendra Modi on Friday held a virtual meeting with the leading oxygen manufacturers, news agency ANI reported. During the meeting, the prime minister noted that the challenge this time is to find a solution in a very short time.

The Prime Ministers Office said on Friday, “The PM held a meeting with leading oxygen manufacturers across country via video conferencing. He said this time is not only to deal with challenges but also to provide solutions in a very short time. He stressed on need to maintain good co-ordination between the government and oxygen producers.”

“PM appreciated oxygen producers for increasing their production in last few weeks. He acknowledged the several steps taken to increase the production of liquid oxygen. PM also thanked the industry for diverting industrial oxygen to meet medical requirements in the country,” PMO said

“Prime Minister said keeping in mind the requirements of states pertaining to oxygen, government is working on effective use of Railways and Air Force so that the tankers reach the production centre as soon as possible,” PMO also said.

“PM Modi remarked that the government, the states, the industry and the transporters, and all the hospitals need to come together and work in unison. The better the synergy and coordination, the easier it will be able to deal with this challenge,” the PMO statement noted.

Earlier in the day, Modi interacted with the Chief Ministers of 10 states suffering the worst of the countrywide Covid-19 cases. The meeting via video conferencing comes on a day India touched a new record of 3.32 lakh cases and 2,263 deaths in a span of 24 hours.

During the interaction, PM Modi directed all states to ensure that no oxygen tanker, meant for any state, is stopped or gets stranded.

The Prime Minister called for working together to fight the pandemic with collective power. He said the biggest basis of India’s success during the first wave of the pandemic was our united efforts and united strategy and reiterated that we will have to address this challenge in the same way.

(With inputs from agencies)