CBSE class 12 board exams: SC to hear plea seeking cancellation on 31 May – Mint 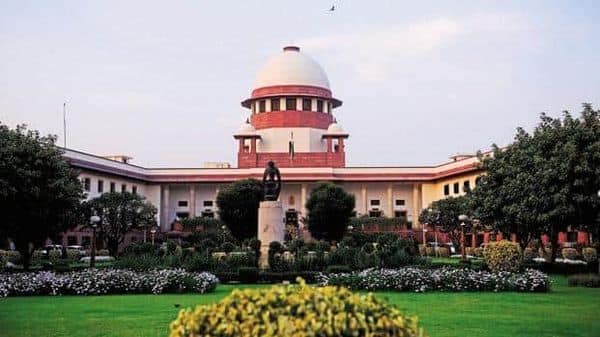 The Supreme Court has adjourned to 31 May a plea seeking cancellation of class 12 board exams amid the Covid-19 situation.

A vacation bench comprising Justices AM Khanwilkar and Dinesh Maheshwari was on Friday considering the PIL filed by advocate Mamta Sharma.

The petition has asked for directions to the Centre, Central Board of Secondary Education (CBSE) and the Council for the Indian School Certificate Examination (CISCE) to cancel the CBSE and ICSE class 12 examinations.

Advocate Sharma has requested the apex court to direct the national exam conducting authorities to declare the class 12 result on the basis of objective methodology within the specific time frame.

The court adjourned the hearing on Friday after noting that Sharma has not served an advanced copy on the standing counsel for the CBSE and asked him to do the same.

The bench also noted that the CBSE is likely to take a call about conducting the exam on 1 June.

A high-level meeting was recently convened by Union minister Rajnath Singh to take a call on the pending class 12 board exams and subsequent entrance examinations that were postponed due to the raging second wave of Covid-19 in the country.

Following the two-hour-long meet, Union education minister Ramesh Pokhriyal Nishank said states and union territories have been asked to submit their detailed suggestions on the matter by 25 May.

After receiving feedback from states, the CBSE has said it will formally announce the schedule and pattern of class 12 board exams by Tuesday.

The authorities are likely to take a call on the second option of the CBSE proposal, which is to hold exams in the same schools where a student is pursuing education, and not assign an external centre.

The students impacted by Covid-19 may get a second chance if they fail to appear for the first exam. The exams can be scheduled between mid-July and will be completed by mid-August.

“We hope to finalize the decision by Tuesday. The effort is to take a decision which will benefit the learners and their career without comprising the safety factors,” said a government official.

In order to ensure the safety of students, the exams are likely to be held for 19 core subjects for a duration of 90 minutes each and to reduce the burden on students, they may be allowed to sit for four subjects – one language, and three key subjects.

On 14 April, the union government had announced the postponement of the CBSE Class 12 board exams and had cancelled the class 10 exams.

Following this, several school boards including the ICSE board, states like Haryana, Punjab, Uttar Pradesh, Madhya Pradesh, Odisha, Gujarat, and Punjab have postponed the class 12 board exams.