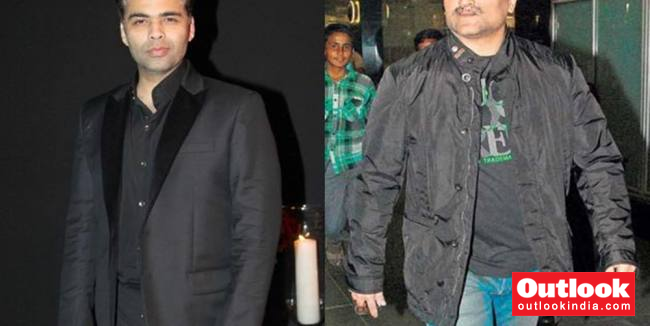 The deadly second wave of Coronavirus pandemic has hit Bollywood like a typhoon, leaving the world’s much-touted largest film industry gasping for breath. After having lost more than Rs 5,000 crore last year due to the pandemic, its movie moguls were hoping for a slow recovery earlier this year following the reopening of theatres and resumption of shootings, when everything came to a standstill again. With reports of an imminent third wave, there seems to be no ray of hope yet for the Hindi cinema industry, which is going through its darkest-ever phase.

Where does it leave Bollywood’s dream merchants who have invested their fortunes in several upcoming ambitious ventures, which remain stuck at various stages of production? Will they be resilient enough to come out unscathed or prove to be the game changers by helping the industry recover gradually from the huge setbacks by delivering blockbusters once the situation returns to normal?

Here is a lowdown on the eagerly awaited movies produced by Hindi cinema’s ten top guns, who are staring at an uncertain future at the moment regardless of their stature and track record, with no signs of a let-up in the cases of virus infection:

The reclusive boss of the venerable Yash Raj Films who made Dilwale Dulhania Le Jayenge (1995) functions more like a corporate honcho than a typical filmmaker. He released Arjun Kapoor and Parineeti Chopra-starrer, Sandeep Aur Pinky Faraar in March, without success. Determined to bring the audiences back to theatres, he has a slate of big movies ready for release this year, including Saif Ali Khan’s Bunty Aur Babli 2, Ranbir Kapoor’s Shamshera, Ranveer Singh’s Jayeshbhai Jordaar, and Akshay Kumar’s Prithviraj. Will he be able to lead the industry out of its current crisis?

The man behind Dharma Production who took the banner founded by his father Yash Johar to a dizzying height. KJo was supposed to have a busy 2021 with films such as Ranbir Kapoor’s Brahmastra, Vijay Deverakonda’s Liger, besides other biggies like Dostana 2 and Shershaah. He has a lot at stake this year, as he has made a foray into fields other than film production.

He set up his own production company called Nadiadwala Grandson Entertainment Pvt Ltd at the age of 25 and rose to become one of the biggest movie makers. He has Ranveer Kapoor’s 83, Salman Khan’s Kick 2, Akshay Kumar’s Bachchan Pandey, Tiger Shroff’s Heropanti 2 and Tadap, which marks the debut of Suneil Shetty’s son Ahan Shetty. These movies have the potential to collect Rs 1,000 crore at the box office, but will the pandemic spoil his party?

Bollywood’s hit machine known for making quality movies like Bajirao Mastani (2015), Sanjay Leela Bhansali had a fallout with Salman Khan which led to the scrapping of their ambitious collaboration, InshaaAllah. But he has Alia Bhatt’s Gangubai Kahthiawadi ready for release later this year. The industry has high hopes from the film but will it emulate the success of his recent movies like Padmaavat (2018)?

The industry’s most prolific film-maker, his company T Series produces movies by the dozen. This year, he has invested in more than a dozen movies, including Akshay Kumar’s Atrangi Re, Ajay Devgn’s Bhuj and Thank God, Prabhas’s Adipurush, John Abraham’s Ek Villain Returns, and many more. With his deep pockets, he can withstand a few jolts, thanks to his flourishing production house set up by his father, the late Gulshan Kumar.

The man who has the distinction of making the maximum number of Rs 100-crore hits, Rohit Shetty has two big ones, Akshay Kumar’s Sooryavanshi and Ranveer Singh’s Cirkus slated for release this year. The release of Sooryavanshi has already been deferred twice in the past year. He can afford to wait for the return of the normal times but will it happen anytime soon?

Son of filmmaker Vasu Bhagnani, Jackky Bhagnani is one of the youngest producers who had made films such as Saif Ali Khan’s Jawaani Jaaneman and Varun Dhawan’s Coolie No 1, both of which were released last year. His banner, Pooja Entertainment has completed the shoot of Akshay Kumar-starrer Bellbottom, which was the first film to be shot in the UK as soon as the lockdown was lifted last year. He is also making Tiger Shroff’s Ganapth and Suryaputra Mahavir Karna. His future depends a lot on these films.

Ritesh Sidhwani of Excel Entertainment was preparing for a mixed bag of theatrical releases this year including the Katrina Kaif-starrer Phone Bhoot, KGF Chapter 2 with Yash and Farhan Akhtar’s Toofaan. His banner also announced Siddhant Chaturvedi’s Yudhra just before the Covid-19 scare returned to haunt the industry.

His banner, Maddock Films made its presence felt last year with Love Aaj Kal 2 and Angrezi Medium, at a time where there was a dearth of content for audiences. This year, his horror-comedy, Roohi starring Rajkummar Rao and Janhvi Kapoor did well at the box office. He is now making Saif Ali Khan’s Go Goa Gone 2, Abhishek Bachchan’s Dasvi and Varun Dhawan’s Bhediya lined up for release this year.